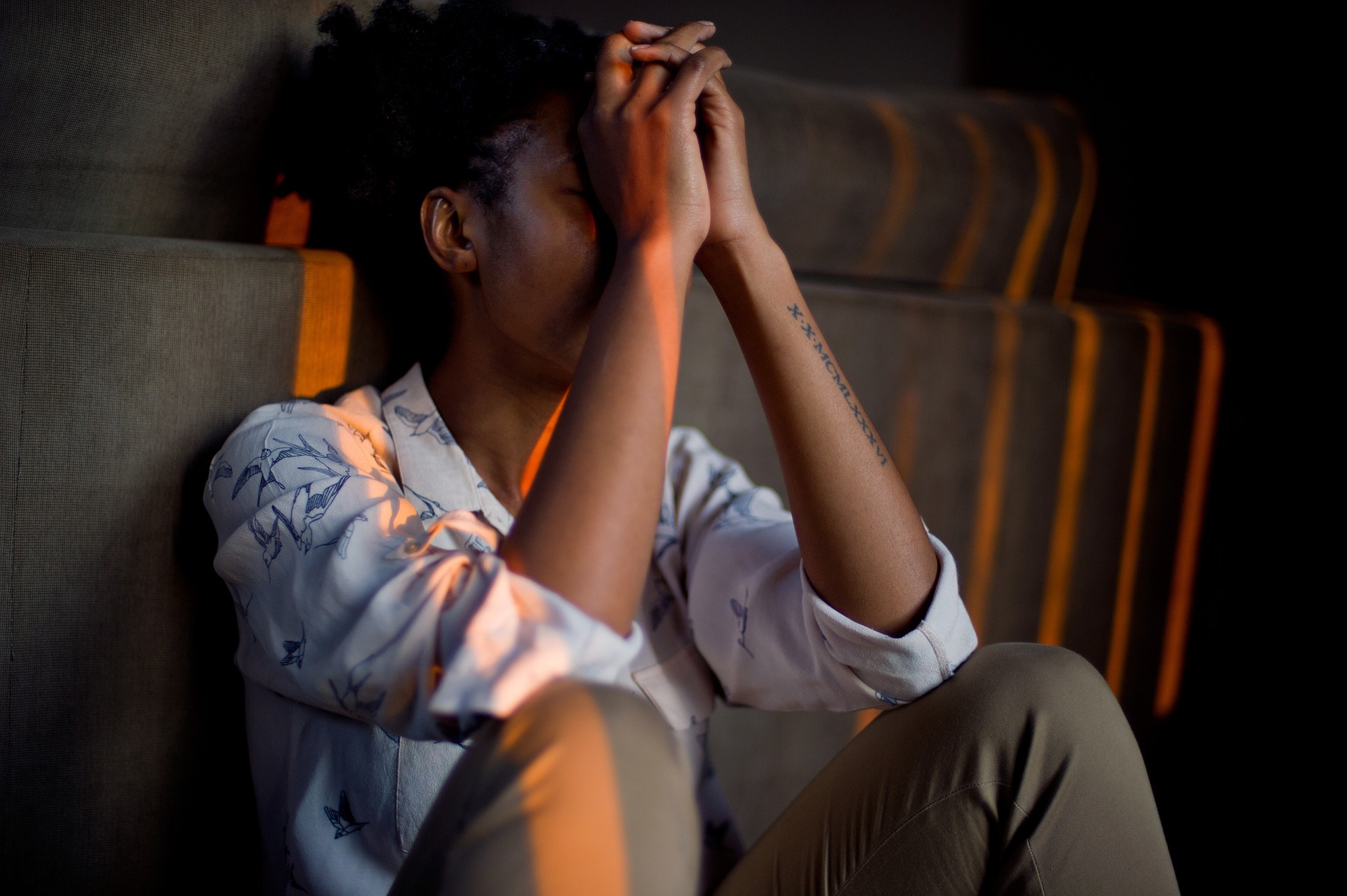 Defending the Constitutionally Permissible Prohibition of Prostitution in South Africa

‘Life keeps proving that although lies tend to be more agile than the truth, it’s the truth that triumphs in the end’ Prof Thuli Madonsela

In this article, I will look at arguments surrounding the complete decriminalisation of the sex industry in South Africa. The article is intended to give the reader a basic overview of claims in the debate. I start by setting out one of the most popular arguments (Harm Reduction Argument) being forwarded in support of decriminalisation. My counter argument is then intended to provide the reader with some insights into the points of disagreement.

From my perspective, we cannot reject the constitutionally permissible prohibition on prostitution in South Africa primarily because:

Summary of the Harm Reduction Argument:

Premise One. Prohibitions on prostitution drive the sex industry underground and this impacts the autonomy (rights) of individuals who consent to such acts.

Premise Two. Decriminalising all aspects of prostitution – including brothel-owning and sex-buying – will protect the human rights of individuals who consent to such commercial sex acts.

Conclusion: Prostitution should be fully decriminalised.

Explicit in premise one is the idea that the state is currently diminishing human rights. Some arrive at this conclusion from a practical standpoint. That is, if something is unregulated or rather underregulated then the rights of those involved will not be protected. Others come at it from a libertarian commitment, i.e. the state should not interfere with an individual’s freedom to choose. However, it is incorrect to conclude that prohibition is unregulated in the sense of no rules.

For the sake of clarity, it would be more accurate to say – underground criminal activity will exist irrespective of the legal framework. Likewise, corruption and negligence by law enforcement personnel is not unique to prostituted people only. Indeed, the call for reform with respect to law enforcement personnel is one area on which almost everyone agrees. The question in premise one is – are we assuming a universal right to sell sex acts or attempting to argue from the neglect of other rights (e.g. health and access to justice) to a new right? With this question in mind, we can look to constitutional ideas around consent. Important to note at this point is that ‘sex work’ activists (those who see prostitution as legitimate work) are seeking not only to change the law but also to change the way society at large thinks about prostitution. This is argued under the banner of gender equity in support of female human rights. It is mistaken to assume that all feminists agree on what constitutes sexual liberation in this regard. Hence, it is misleading to argue as if the notion of ‘sex work’ liberating women was uncontroversial (in Africa particularly).

The notion of consent is important to this case because in a liberal democracy the freedom to choose is a significant constitutional value. But for the moment it is sufficient for us to observe that consent is not the ultimate defeater to any talk of prohibition. So the right ‘not to be enslaved’, for example, cannot be waived by a person in the name of free choice. So even if it seemed like a good idea to me to pay my bills by selling myself into slavery, the law justifiably prohibits me from doing so. The reasoning behind such a limit revolves around the notion that slavery diminishes what it is for us to be human collectively. Why is this relevant? The South African Constitutional Court found that, unlike private consensual sex acts, prostitution impacts on our collective humanity. That is, sex buyers treat the body of the prostituted person in a manner at odds with our collective human dignity as a species. The State, therefore, has an obligation to protect human dignity irrespective of the preferences of the individual.

The harm reduction activists’ argument also commits, what I think of as a ‘half-truth’ fallacy. The mistake in reasoning (and gender prejudice) is seen in the fact that the sex buyers are almost exclusively male. The case for the legalisation of prostituting persons seems to focus pointedly on the law surrounding ‘sex acts supply’ (mostly female). By confusing the victimised persons right to health and justice, with the demand sides proclivities for paid for sex acts. We do not arrive at a valid justification for the legalisation of the industry. This is why, I believe, some countries like France and others are criminalising the demand side of the industry in a clawback effort to rectify the mistake.

It is also unclear how a labour law framework, which respects privacy, will impact on public health. For example, the problem of STD infection is unchanged under the legalisation model, because the right to privacy protects employees from disclosing their status. It is hard to see how regular check-ups will change the high risk associated with multiple partner sexual exposure. This given, only the supply side is being encouraged to act ethically. It seems intuitive to suggest that full decriminalisation will result in increasing the numbers of persons being prostituted. This may exponentially impact public health rights, given the high probability of a dramatic increase in new cases of STI’s and STD’s.

A more moderate liberal position would need to recognise the necessary limits on sexual freedoms is warranted, with particular reference to the exploitation of women and the impact on the public interests more broadly. However, liberals in South Africa seem to dismiss out of hand prohibition talk, for fear of being perceived as unreasonably moral. The sex industry, on the other hand, has no shortage of funds to push this agenda forward. It is much like the days of big tobacco pushing a counter-narrative for the sake of profit, or sugar barons clouding the truth in the days of Wilberforce and the slave trade.

What about Health Concerns?

The World Health Organisation definition of health defines health as:

“A state of complete physical, mental and social well-being.”

On reading this definition I believe decriminalisation activists would be hard pressed to provide evidence in support of prostituted persons ever moving toward attaining ‘health’ as defined above. Nonetheless, the rights allegedly undermined by prohibition law are:

Both of these warrant attention of course. Still, as I have pointed out above, we should be mindful that we do not smuggle in the dehumanisation of people under the guise of public health. If a slave owner physically beats his ‘consenting’ slaves; it would be unjust to normalise the behaviour in law and then hand out boxing gloves to minimise the physical harm of the beatings. Or even worse, telling the slave to negotiate glove use. Some would then argue from a limited sample, that the boxing analogy, does not reflect the lived experience of many in the sex industry. As a witness to the court, such testimony would be difficult to assess given the vested interest. But for the sake of argument, it is the case that the vast majority of prostituted persons, do not enjoy this privileged position.

The law cannot reasonably accommodate everyone and hence must look to protect the most vulnerable. Battered women’s advocates are alive to a multi-disciplinary approach in dealing with gender violence cases. Much can be learned from this legal and social context (applicable to prostituted people interventions). South African Anti-Human Trafficking law has provided valuable language to define the abuse of vulnerability and the need for exiting to places of rehabilitation and restoration. What this shows is that given sufficient political will, change is possible. However, if the ANC is successful in its bid to drive the ‘sex work’ agenda through (using a two-thirds majority to rewrite the constitution if necessary). I believe South Africa and Africa will be the worse for it as we will then witness the consequences of normalising this dehumanising trade. As William Wilberforce put it, “You may choose to look the other way but you can never say again that you did not know.”